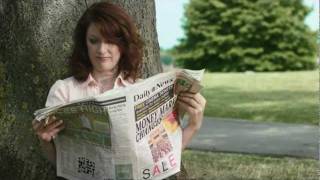 Specsavers is running “Koala”, a television commercial promoting the brand’s deals on contact lenses. A woman reading a newspaper in a park is surprised by the appearance of a curious koala (created entirely in CGI). They struggle briefly over the newspaper before the koala gets to reads the Specsavers’ ad in the paper. Why are specsavers using a koala? apparently it’s because Koalas have poor eyesight. #video

Koala Campaigners (now Koala Army) is an initative run by the Australian Koala Foundation to raise awareness surrounding the plight of koalas and the environment. WHY? Habitat loss around the world means we are losing biodiversity every day. Koalas are a flagship species for this disaster. Sharing their habitat with over 400 threatened plant and animal species, they represent the urgent need for governments to protect habitats now! HOW? Koala Campaigners will pressure for c

genome banks as connections between patches of koala habitat As mentioned in a previous post, Dr Steve Johnston of University of Queensland has been developing the concept of a genome bank for koalas as a part of new strategy for koala conservation. This is a simple but elegant idea whereby genetics in the form of live animals or frozen sperm can be managed for future use for the purposes of reinvigorating fragmented or genetically weak populations. Using traditional captive 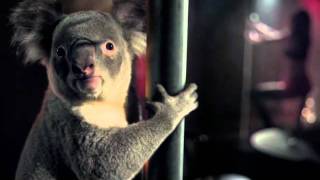 Here’s a great commercial for WIRES wildlife rescue illustrating the dire situation we have imposed on koalas in the wild. #news #video 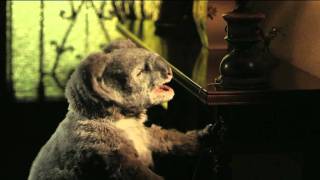 "The Getafe Football Club is in a funk. The club competes in La Liga, the top soccer division in Spain and one of the best leagues in the world. But in a league dominated by Barcelona and Real Madrid, Getafe has struggled in recent years. The team, which plays in the southern part of metropolitan Madrid, has finished 14th or worse in the standings of the 20-team league in three of the past four seasons. Last season, it finished 16th, narrowly avoiding relegation to the second

One of Australia’s biggest draw cards when it comes to luring tourists to our shores is a chance to see the wildlife. Cuddling a Koala sits squarely at the top of almost every visitors ‘To-Do’ lists. Wildlife Tourism recently highlighted an initiative by the Mt Barney Lodge to donate all camping proceeds from the first half of September to theAustralian Koala Foundation. Mum and Dads and “little koalas” are invited to come camping under the gum trees and help save the native

The Queensland koala population is an important population for all of Australia because it is natural – it is one of the only populations left in Australia where koalas are existing naturally in their natural physical environment. In other words, Queensland koalas have not been manipulated, introduced, or reintroduced. As we have discussed in previous posts, the situation is Queensland, especially areas like the Koala Coast, is dire. Even in these special natural koala habita

Pia's Drawing of a Koala in the Koala Valley

Here’s a drawing submitted by 4 year old Pia Mucci of “a koala who lives in the koala valley green bush , however the trees have gone because of people and now a volcano has erupted to tell the people they cant do that…. the koala survives the volcano because he had to move into another koala valley.” Thanks for your beautiful drawing Pia!

You can help save the koala

WOULD you like to help save our koalas? It can be as easy as hosting a morning tea at work or a weekend get-together with a group of friends. September is Save the Koala Month, the annual awareness and fundraising initative of the Australian Koala Foundation (AKF). This year the AKF has launched their Cuddles for Koalas campaign, encouraging people to hold unique and individual fundraising events during the month of September. AKF CEO, Deborah Tabart OAM, said “It is a very h

EERWAH Vale’s Jack Connolly and his Powerlines Action Group Eumundi (PAGE) team reckon they know how David felt after bringing Goliath crashing back down to earth. From where the residents of this Noosa hinterland Land For Wildlife stronghold have been bunkered down for the past four years almost to the day, they have taken on a $100 million Powerlink juggernaut and sent the energy company engineers and their 275,000 volt powerlines packing. Last month the PAGE activists – lo
1
2