Why Is Koala Soup On The Menu

An Australian traveller says he was horrified to find a live koala for sale at a restaurant in southern China where the menu was offering the iconic marsupial for dinner in either ‘‘braised or stewed’’ varieties. A sign on the cage holding the animal advertised ‘‘koalas’’ for purchase at a rate of 139 Yuan ($AUD 20) for 500 grams. It was one of a number of exotic animals, including birds and fish, on live display at the restaurant in Panyu district, Guangdong.The traveller, w 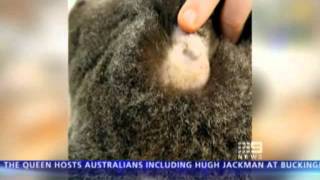 Fleet The Koala Shot In Every Limb Is Fighting For Survival

Another koala has been shot less than 4 months since little koala Frodo made his return to the wild after his recovery from gunshot wounds. The RSCPA has launched an investigation into the heinous attack on a koala that was shot several times and left for dead in Kippa-Ring in the north of Brisbane. Assistant Chief Inspector Tracey Jackson said the RSCPA was disturbed by the “cruel act”. “With four cases of the same nature against koalas in the last two years, this is more th 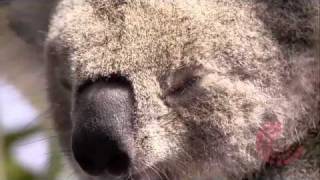 Australia’s most adorable animals are in trouble. At the world’s first Koala Hospital, they cling to survival. Australia may seem like a wildlife paradise, but looks can be deceiving. KOALA HOSPI✚AL presents the poignant and surprising life of koalas. For almost 40 years, the Koala Hospital and its community of volunteers have been caring for sick and injured wild koalas, giving them a second chance at life. Australian filmmaker Susan Kelly documented wild behaviour and life

The Koala: Saving Our National Icon

How Much Can A Koala Bellow?

That’s no lion madam, that’s the bellow of a randy koala Glenda Kwek – October 4, 2011 – 4:55PM If you thought koalas were just quiet, sleepy, eucalypt-chewing bundles of cuteness, think again. These Aussie icons turn supersonic during mating season. Normally they spend most of the day and night sleeping. But now, during the mating period at night, they bellow very loudly. Australian and Austrian scientists have found the bellows are used by male koalas as a way to boast abou